Covestro has received the first adjustment certification from DNV, the wind power industry's certification organisation, for the so-called partial reduction factor γm1 of wind turbine blades made of aging-resistant polyurethane (PU). This factor is an important indicator of the long-term aging resistance of rotor blades and is also used to measure the long-term service performance of the blades. It is also the first time that DNV has evaluated and adjusted this factor.

To do so, DNV evaluated complex and rigorous comparative tests as well as theoretical analysis by Covestro. Based on design standards for wind rotor blades (DNVGL-ST-0376:2015), DNV confirmed and adjusted the partial reduction factor γm1 of polyurethane resin processed using the vacuum infusion process. This certification applies to the Baydur® 78BD085 PU resin and the Desmodur® 44CP20 hardener from Covestro. 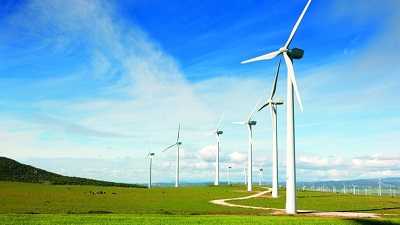 Resin materials must prove their long-term aging resistance before they can be given lower safety margins that allow for broader rotor blade design and application. For the first time ever, DNV has lowered the γm1 factor of polyurethane resin, marking an important milestone for Covestro.

Compared to epoxy resin, which is often used to manufacture rotor blades, polyurethane resin shows better mechanical properties. With a lower γm1 value, rotor blade designers can take full advantage of polyurethane and also achieve greater design freedom. As the need for longer and larger rotor blades increases, so does the weight of the blades. Therefore, weight reduction has become an important issue in the rotor blade industry. Polyurethane resin enables the production of lighter blades with the same length, which greatly improves the efficiency of blade production and its applications.

For a long time, epoxy resin was the main material used in the production of wind rotor blades. For years, Covestro has invested in research into polyurethane resins to improve rotor blade performance and reduce manufacturing costs. Today, polyurethane – a new material in the field of wind rotor blade manufacturing – is rapidly gaining recognition in the market. With this innovative solution, Covestro aims to drive the use of renewable energy and, in the end, the shift to a circular economy.