Climate change and reduction of carbon footprint as focus


For Brückner Maschinenbau, 2021 is it most successful year in its history judging by the the volume of incoming orders. As Mr. Reinhard Priller, Sales Director of Brückner Maschinenbau puts it: "One reason for the very pleasing business development is certainly that topics such as hygiene and food safety have become much more important in the packaging sector worldwide – and particularly in Asia. In addition, food retailing and mail-order trade have recorded international growth. This also increased the demand for Brückner film stretching lines, on which the highest quality packaging films are produced, and also for the corresponding services. The outlook for the next few years also gives cause for optimism." 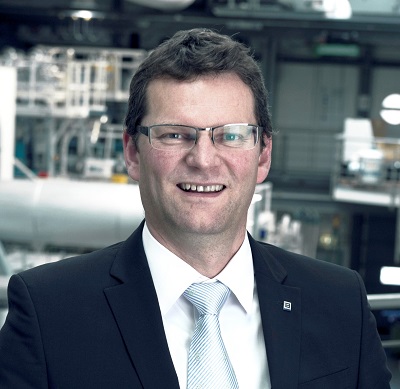 "One thing that has surprised us time and again since the beginning of the pandemic: our customers were very quick to engage in negotiations via videoconferencing; in some cases, we had several video conferences a day in parallel. Especially in Asia our local presence is of great importance in such special customer relations: The quality of the meetings, structure and process of the talks are much better with the support of our colleagues in China, India, Thailand or Indonesia," according to Mr. Priller.

In identifying the trends and developments in the plastics industry, Mr. Priller explains that: "The preservation of nature by using resources and products responsibly is one of the major trends within our industry and market. Since the earliest days Brückner has given great thought of these vital issues and is keeping to its own ambitious objectives for a decreasing raw material usage and an increasingly minimal energy consumption during film production. Despite all legitimate demands about recycling and reusability, the challenge of climate change and the reduction of the carbon footprint throughout the entire packaging production will remain in our focus."

Therefore, Brückner Maschinenbau's new generation of film stretching lines is the most energy saving ever and the unchallenged benchmark in the market. "We optimised our heat recovery system and are proud of the further development of our special energy monitor, which gives permanent information about consumption and energy saving potentials in film production. And not to forget: Our sister Brückner Servtec offers a wide variety of line upgrades to give older lines a competitive edge. This way lines can run at the highest level for many, many years – a prime example of sustainability," Mr. Priller explained. 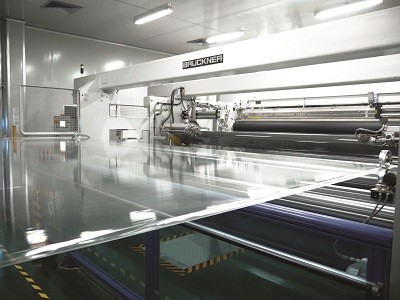 Another focus is on mono-material films for a circular economy. Together with various partners Brückner has developed mono-material packaging solutions to close the life cycle of plastic packaging and for best recycling raw material quality in new products. As Mr. Priller stressed: "And this research and development is ever ongoing. Besides the state-of- the-art materials BOPP and BOPET, a new opportunity is opening up with BOPE. As the demand for innovative BOPE films is only now starting to develop, Brückner’s unique hybrid lines allow to react swiftly and flexible to market trends by also producing BOPP specialties such as UHB films and coated films alongside conventional packaging film. Full output for BOPP, BOPE-LLD as well as BOPE-HD film types is guaranteed, a material change can be handled within a few hours. The hybrid concept is very well received, especially by Asian film producers. Based on the experience with the first line coming on stream shortly, optimised concepts will be presented during the big trade fairs next year: Chinaplas and K."

The Southeast Asia region is becoming increasingly important for Brückner, according to Mr. Priller. Therefore, the newly founded “Brückner Group Asia” will complete the series of our strong platform companies worldwide from 2022, in addition to the already existing Brückner Group China, Brückner Group India, Brückner Group USA and Brückner Slovakia. As central hub for this region the greater Bangkok area was chosen. The new premises will host the Brückner sales team, a service team, significantly strengthened in terms of personnel, and a professional clip and chain service location.

- For the full Outlook 2022 Special Report, read the International Plastics News for Asia - December issue at this link http://edms.industrysourcing.com/ezine/21/12/irna.html#/