Curbing the rise in illicit trade: Challenges and recommendations


THE GLOBAL health crisis is creating challenges for the food and beverage industry especially in protecting consumers from fraud. The past year witnessed a spike in illicit trade and proliferation of counterfeit products as illegal sellers took advantage of lockdowns, liquor bans, and e-commerce.

Consumption of counterfeit products endangers consumer safety and has taken lives: There have been cases of hospitalisation, even deaths in many  Southeast Asian countries linked to methanol poisoning caused by drinking illegally produced counterfeit alcohol. Some of the illicit booze are homemade whilst some are produced by illegitimate sources, but in either case contain harmful substances and undergo processes not regulated nor compliant with health and safety standards.

In addition to compromising human health and well-being, illicit trade of food and drink products is causing huge revenue leakages for businesses and governments the world over. Illicit trade in general is draining USD2.2 trillion from the global economy, with sales of counterfeit products, excluding medicines, in Southeast Asia alone generating as much as USD35.9 billion in illicit revenues each year. In the alcoholic beverages market, unrecorded alcohol – produced and traded but not reflected in any official statistics and not subject to regulation – accounts for a quarter of total global adult consumption, and the share is expected to continue rising. In Europe, where €80 billion are lost annually to illicit trade, €2.3 billion go to fake spirits and wine across the EU, translating into billions of losses in government revenues and thousands of jobs lost. Updated data on the ASEAN is not readily available but the region is projected to have the highest consumption of unrecorded alcohol by 2025. Illicit alcohol accounts for 90% of the alcohol market in Indonesia and 85% of the market in Vietnam. In the Philippines, as much as PhP23 billion are lost to illicit trade of alcohol.

“Multiple factors will influence the dynamics of illicit trade of alcohol in any one country,” according to Olivia Widen, associate director for Corporate Affairs, S&R at Pernod Ricard Asia, which is responsible for 16 business units in the region. 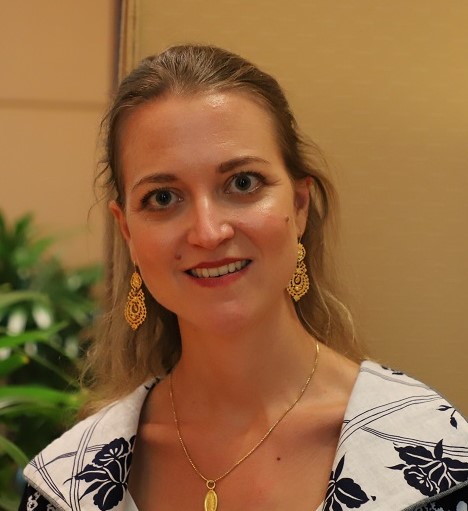 Pernod Ricard notes a consistent trend in ASEAN between high levels of illicit trade of alcoholic beverages and high taxes on alcohol. “In Indonesia, Malaysia and Vietnam, for example, markets with some of the highest tax rates in the region, businesses and consumers may switch from legally imported to illicit, non-tax-paid products. In Malaysia, contraband and counterfeit alcohol accounted for about 40% of total consumption in 2018, according to the WHO. In Indonesia, the Centre for Indonesia Policy Studies said that people drink five times more unrecorded alcohol. The case is the same in Vietnam where 60% to 70% of alcohol consumption is unrecorded, consisting of homemade, smuggled and fake liquor,” Ms Widen shared.

The business of counterfeit products impacts not just the consumers but the entire legitimate business environment and government as well.

For governments, huge tax losses is just one of the major problems caused by the growing illicit trade. But the strain on government revenue and funding puts added pressure at a time when countries are trying to recover from the effects of the pandemic.

“There is no doubt that if left unchecked this illegal industry will grow, at a time when we are faced with an unprecedented health and economic crisis. Counterfeiters and smugglers are known to exploit systemic weaknesses, and ASEAN leaders need to see the urgency to coordinate and collaborate to combat against this transboundary issue,” said Chris Humphrey, executive director of the EU-ASEAN  Business Council.

Low awareness and concern amongst consumers, lax enforcement, and the need for further collaboration between legitimate businesses and the public sector are just some of the factors contributing to the continued growth of the counterfeit goods market.

Besides limited awareness about the risks of consuming illicit alcohol, Pernod Ricard noted consumers are not able to easily distinguish between fake and legitimate products. “The degree of sophistication of a counterfeit can vary greatly from one product to another,” Ms Widen shared.

In addition to the huge price difference between licit and illicit alcohol, high excise taxes and excessive restrictions on licit alcoholic beverages encourage some businesses to pursue fake alcohol products, not considering the reputational implications and risks to jobs.

On the government side, inadequate legal and regulatory framework and lack of enforcement and collaboration remain weak points. Poorly regulated channels do not help either in clamping down on illicit businesses.

Meanwhile, restrictive policies pertaining to alcohol have been found to encourage consumers and sellers to turn to illicit alternatives. Ms Widen pointed out that prohibition incentivises illicit markets whilst sidelining legit businesses as proven during the pandemic: Legitimate businesses had to follow government restrictions on lockdown and business operations and in countries such as the Philippines ban on alcohol trade and consumption. In these cases, market needs are fulfilled by illicit operators who can afford not to follow government regulations because they are beyond the purview of the government to begin with.

The rise of e-commerce, in particular these past months as lockdowns were implemented and people turned to digital platforms for their needs, presents another challenge as it has become a channel for illicit trade.

“Over the past 10 years, Internet sales have become widely democratised from USD377 billion in 2010 to more than USD2 trillion in 2020, according to Euromonitor International. We definitively saw further growth in the context of the pandemic. This global growth in online sales, however, includes counterfeit sales, with online sales platforms and social networks having become preferred sales channels for many counterfeiters,” Widen noted.

The International Chamber of Commerce predicts global counterfeit trade will reach USD4 trillion by 2022, fuelled mainly by e-commerce, she added.

Don’t fall into the trap

Ms Widen advises consumers that with bottles, labels and primary packaging easily imitated, they need to be more wary about the products that they buy.

“A simple way to prevent risks is to refer to the 4Ps rule – Place, Packaging, Product and Price,” she said.

Ms Widen also encourages purchasing products from a reputable store and obtaining a valid receipt. “If the printing is blurred, labels are not straight or the cap looks odd, you may not have the genuine article. Check the duty stamp required in your country to make sure it is intact and of good quality. The spirit should not contain debris, have an unusual smell or present an odd colour. Compare the price of the product in a supermarket,” Widen added.

And for even more reality check, she cautioned: If the price sounds too good to be true, it probably is.

With its commitment to consumer health and safety, Pernod Ricard maintains a strict food safety policy during product preparation, implementing HACCP to identify all points of potential risks from procurement to manufacturing and adopt appropriate preventive measures. Quality internal standards are established and audited based on an internal cross-audit process.

Pernod Ricard also implements regular market checks at retail level. It maintains a group intranet site to record and track consumer complaints and any other quality issues in real-time and to immediately inform the affiliate concerned for corrective action.

“Smugglers routinely remove, modify or blur producers’ lot indications placed on imported products to remove themselves from liability and to hide their supply source. Without relevant lot identification codes on the bottle, legitimate operators cannot conduct appropriate batch recalls in case of any food incident. However, this does not stop counterfeiters from re-using genuine bottles and so consumers should look at all aspects – apply the 4Ps –  before purchasing,” Ms Widen said.

Pernod Ricard continues to invest in innovative technologies to protect its brands and consumers from illicit traders. The company has developed and rolled out in China a proprietary QR code Puma device that lets the consumer scan the code that appears on a bottle that is linked to a website, allowing the company to authenticate the product.

“In China, Martell Cordon Bleu, Noblige and Chivas 12 Year Old bottles are examples of products now equipped with this marker.”

But increasing protection is not only a question of new technologies but also about enhancing the effectiveness of what is already in place. “In numerous countries, tampering, blurring, erasing or removing the traceability information of products is not illegal. Robust regulation to make it mandatory for alcoholic beverages to have a traceability mechanism, to make tampering with lot codes from alcohol products illegal and to make the sale of the aforementioned items illegal would significantly enhance existing technologies. We are pleased to see that the Singapore Food Agency is convening public consultations on the mandatory inclusion of manufacturer applied lot identification on all prepackaged foods,” Ms Widen shared.

Business and industry leaders and governments need to work closer together to address illicit trade. Collaborative action is valuable in regulatory and fiscal reform, enforcement and awareness campaign. Regional cooperation is also important, and “ASEAN stakeholders can look at the problem of illicit trade as an opportunity to work together to develop a more coordinated response.”

Pernod Ricard recommends the elimination of restrictive alcohol control policies or policies that prohibit the sale and consumption of alcohol, which further fuel illicit options.

“Sound, nondiscriminatory regulatory systems instead deliver the best results for governments, businesses and consumers alike. Stronger compliance incentives, effective enforcement and adequate research to identify the size and scale of illicit market activities are also needed. All these require close partnerships amongst governments, producers and e-commerce platforms to be able to respond effectively,” Ms Widen said.

Collaboration with the Alliance Against Counterfeit Spirits (AACS), which represents the world’s major international spirits producing companies, enables a joint industry approach and and is therefore impactful, Widen noted.

“Through the AACS, the industry is able to combat counterfeiting through the use of a variety of tools, which include investigations into the manufacturers of counterfeit spirits, persuading governments to prioritise and allocate resources to tackling counterfeiting activities, encouraging law enforcement to clamp down on violators and supporting them through capacity building, and working with e-commerce platforms to amplify policing and takedown of online sales of counterfeit products. To-date, AACS on a global scale has trained more than 4,000 enforcement officers and conducted over 400 raids,” she added.

The EU-ABC, which likewise encourages industry- and regionwide collaboration, recommends the establishment of a regional public-private working group to share market intelligence and investigative techniques with customs authorities. It also noted the need for a comprehensive framework for the implementation and protection of lot codes on top of pushing for defining serialisation and Track and Trace laws and mandatory serialisation of products

With e-commerce being an active channel for illicit trade, the EU-ABC sees the importance of collaborating with online platforms to promote online to offline enforcement and adoption of better due diligence processes for online intermediaries, including social media platforms. It recommends the

Development of national government frameworks for governing advertising and promotion of products, compatible with OECD guidelines.

“Even if companies such as Pernod Ricard undertake steps to ensure the safety of products, without robust regulatory framework to disincentivise illegal traders from counterfeiting alcoholic beverages, challenges remain in ensuring these safeguards are effective and do the job of protecting public health. Primary packaging can be imitated for example and therefore more needs to be done to control the use of empty bottles for refilling or counterfeit production. At the end of the day, what is important is to put the consumer at the forefront and avoid risking individuals buying the products,” Ms Widen closed.

Interviews and reports from: