Developers of e-vehicles and plug-in hybrids are aiming ever higher. The key element of these efforts is the battery. On the one hand, it must be as ergonomic as possible to meet the increasing demands, but on the other hand, it must also have various safety-relevant properties. For deformations or penetrating debris, such as they occur in accidents but also on uneven road surfaces, can trigger short circuits and dangerous fires that are difficult to extinguish. However, materials that provide sufficient protection for the battery packs are often relatively heavy, which in turn has negative impact on consumption and vehicle range.

The new Pure Performance Battery now aims to solve this dilemma. A consortium consisting of companies from the automotive and mechanical engineering industries as well as from the chemical and plastics sectors, of which Lorenz Kunststofftechnik GmbH is a member, optimised its proven high-voltage battery packs in terms of their performance and resistance.

In 2019, a number of companies from the automotive and mechanical engineering industries, as well as from the chemical and plastics sectors, organised themselves with the common goal of developing a battery concept for fully electronic vehicles that is suitable for series production. These companies include Lorenz Kunststofftechnik GmbH, Vestaro GmbH, Forward Engineering GmbH, Evonik Resource Efficiency GmbH and LION Smart GmbH. During the development, another partner joined the consortium. As the European headquarters of the Chinese Minth Group, Minth GmbH, based in Unterschleißheim, Bavaria, now also supports the battery consortium.

Drawing on the accumulated expertise of the various companies, the group initially designed a cost-effective glass fibre Epoxy-SMC cover for high-voltage batteries based on Evonik’s high-performance epoxy curing agent VESTALITE® S. “At that time, we were already able to achieve a weight reduction of the battery housing of almost 10% compared to previous systems made of more cost-intensive materials,” reports Peter Ooms, Managing Director of Lorenz Kunststofftechnik GmbH. “In addition, the state-of-the-art SMC materials allow complex geometries to be produced in a one-step process, making them ideal for semi-integral ergonomic design.” Now, the partner companies have successfully developed a new generation of high-performance battery packs for electromobility. 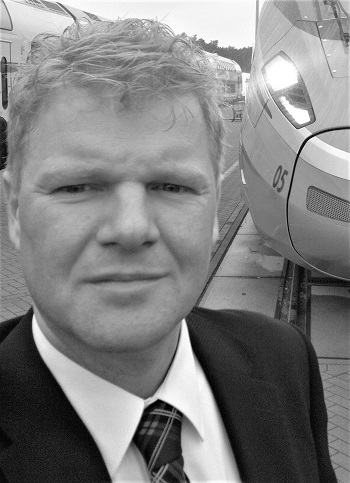 In most e-vehicles, the battery pack is located in the floor area in order to improve the centre of gravity and thus the driving performance on the one hand, and to provide more space in the vehicle cabin on the other. However, this design increases the risk of dangerous battery damage due to impact situations or objects hitting the underside of the vehicle, such as loose stones or branches. Therefore, special protective measures must be taken to prevent deformation or the ingress of foreign objects. “The bottom-impact use case and the vehicle integration are two major challenges for today’s battery packs,” Mr. Ooms explains. “That’s why our main focus in developing the new generation of performance battery packs lay on these two aspects.” To fulfill the stringent requirements, the consortium designed a novel approach that takes maximum advantage of the design freedom of the proven SMC material.

The old floor structure was replaced by an aluminium sandwich plate developed by the youngest consortium member Minth. With this concept, the group was able to get rid of additional side-mounted deformation elements and use the freed space for battery cells instead. Using Forward Engineering’s BEV-floor structure development tool, the Pure Performance Battery was configured and validated so that improved impact behaviour of the sandwich floor could be achieved and the space required for module assembly reduced. In this way, the capacity could be increased by 10 kWh to a total of 75 kWh with approximately the same external dimension of the battery pack. “Thus, the aluminium sandwich plate not only improves the performance in terms of bottom impact, but also plays a key role in the semi-integral vehicle concept,” adds Mr. Ooms.

The new Pure Performance Battery can be for example 2.1 m long and 1.58 m wide or other dimensions, with maximum heights between 0.15 and 0.22 m, enabling a variety of vehicle architectures. Regarding the ergonomic design, it competes with other high-end solutions, but surpasses them in terms of performance. The modular series design of the battery also allows flexible adjustment of the number of modules. The supercell concept based on LION Smart’s LIGHT Battery enables a calculated fast charging result of around 13 min for a charging power constantly above 200 kW (10 to 80 percent SOC). The system is currently being optimized in this respect to achieve a charging time of less than 10 min in the future.

The cover made of glass fibre-reinforced Epoxy-SMC from Lorenz Kunststofftechnik not only stands out for its low weight, but at the same time provides very high safety potential in terms of fire resistance and crash behavior. “It could withstand all relevant fire-related test set-ups,” explains Mr. Ooms. This included thermal runaway tests conducted at a testing facility in southern Germany. In addition, all concerns regarding the EMI-shielding performance of the glass fibre composites could be tackled with a broad material toolbox and validated under OEM requirements. The process benefits were verified by manufacturing several complex demonstrator geometries. During these trials, cycle times of around 3 min could be realised, suggesting a high cost saving potential.

Resource efficiency due to recycling system and “mix-and-match” service

The new generation of high-voltage battery packs has not only been improved in terms of performance. “Future-proof solutions should be sustainable,” says Mr. Ooms. “That’s why the consortium has also addressed this topic with its developments.” For example, the cover can be disassembled by undoing several screw connections to enable easy access to the battery modules and peripheral equipment. Unlike bonded systems, the Pure Performance Battery allows individual components to be replaced and repaired. The battery cover out of Epoxy-SMC itself can be recycled by Lorenz Kunststofftechnik and afterwards reused in new composite parts.

Overall, the consortium partners have once again learned a lot from each other during the development process of the new battery pack generation in order to be able to supply the customer with an all-round finished battery pack. Given the dynamics of the industry, all project partners are prepared to handle requests from potential customers that deviate from the basic model and to offer a collaborative “mix-and-match” service. “This offer presents a great opportunity for applications. After all, the consortium makes it possible to address a company on a topic and benefit from the performance and know-how of the other members,” concludes Mr. Ooms.

- This article also appears in the International Plastics News for Asia - April issue. To read the full issue, click here.