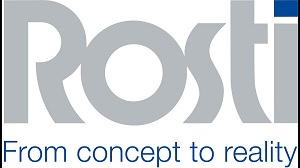 Rosti Group, the European headquartered technology led plastic moulding company and contract manufacturer, has announced that two key management positions have been filled in the United States of America. The appointment of a regional technical director and regional sales director are part of a long term strategy to expand the service offering to north American clients, and follows the announcement of a commitment to opening a Digital Innovation Lab in Boston.

Pat Williams, Senior Vice President Asia at Rosti Group said, “I am delighted to have Ron Maddocks and Steve Dei Rossi on board to enable Rosti to serve our existing and growing client base in north America even more effectively.”

Ron Maddocks has joined as Regional Technical Director, having previously been a client of Rosti and working in the industry since 1995 within engineering and plastics companies. Steve Dei Rossi has joined as Regional Sales Director, with over 12 years in industrial client management and business development, having previously served as a military police officer in the US Navy.

Rosti is a global technology led plastic injection moulding company and contract manufacturer to some of the world’s leading manufacturers in the packaging, consumer appliances, business machines and medical sectors. Founded in 1944 with headquarters in Malmö, Sweden, the Group has 3,200 existing employees across 8 production facilities in Europe and Asia, with the operations in Malaysia recently awarded Platinum by the America based Responsible Business Alliance. The investment being made by the establishment of a senior team based in America, under the management of the Asia based leadership, demonstrates the long term vision of the Group to serve clients worldwide with a 72 hour turnaround.