Yizumi expands in a lucrative market


Yizumi HPM is expanding its presence in India by investing into a new site in Sanand, located on the outskirts of Ahmedabad, Gujarat. The Chinese injection moulding machine producer already has presence in India in the last few years, and has recorded substantial year-on-year growth leading it to take a plunge into building a production base in a joint venture (JV) in India. The joint venture partner is the man who is at the forefront of its India sales. Mr. Ramesh Vardhan, Director of Yizumi Precision Machinery India Pvt Ltd, an avid performance biker, who also held 10% equity in the JV speaks exclusively to International Plastics News for Asia after the opening of the new site. 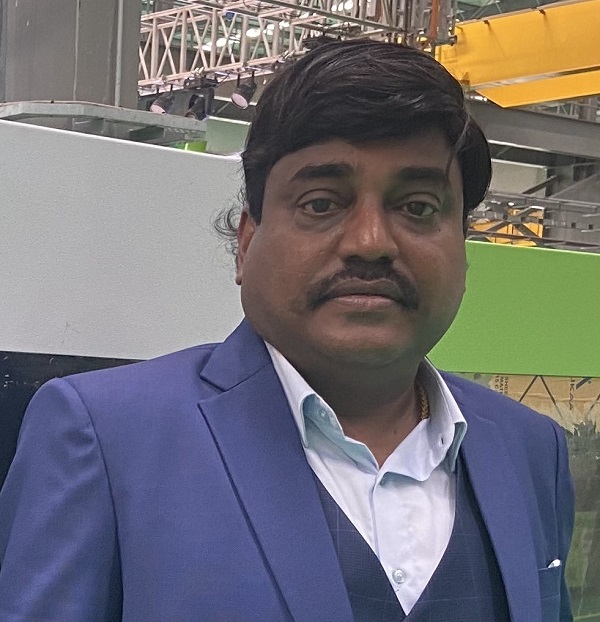 When did the association with Yizumi started?

Mr. Vardhan: I have been working in the plastics industry for more than two decades now and we started the joint venture with Guangdong-headquartered Yizumi in 2017. So, it’s a joint venture between Yizumi and myself, both have invested in the project. Initially, the JV started from a rented factory located on the Rajkot highway at Ahmedabad. The relationship further matured and we moved to a bigger plant two years later, again took a 30,000 sqm leased factory. The market responded positively to our product line as sales is improving every year that the management committed to invest in a larger production site in Sanand in Ahmedabad. 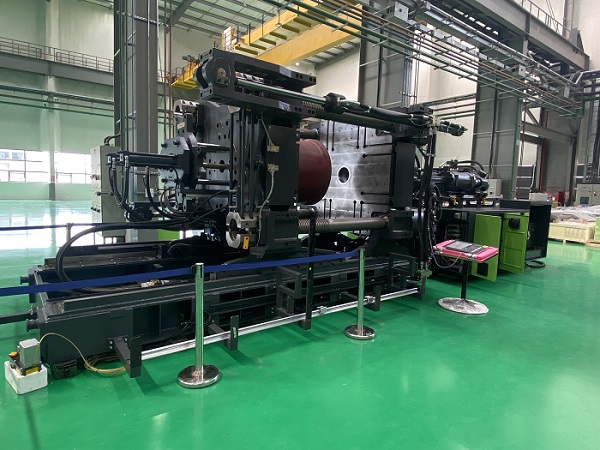 The two-platen machine to be launched in the India market soon.

What is the level of investment made in the new factory?

Mr. Vardhan: We have invested INR 1.5 billion in building the new production site in Sanand with the support of the Gujarat government. The land was acquired in 2020 and in two-year period, the world-class factory is built. The plant occupies a 23-acre plot, equivalent to 85,000 sqm, with the built-up area covering 20,000 sqm in the first phase. Despite the challenges posed by the pandemic, construction continued and the factory became ready as per the schedule.

Machines are partially manufactured in the first phase so when will the site start producing complete machines?

Mr. Vardhan: We will bring all the manufacturing activities in the second phase. We intend to expand the production area from the current 200,000 sq ft to 600,000 sq ft, for complete machine production. Currently, we are assembling and partially manufacturing as sheet metal work, powder coating, and fabrication are done here, and soon starting frame production inhouse. We have almost achieved 50% localisation and the rest comes from outside, so the next phase involves building the whole machines here. The complete localisation depends on how the venture grows fast and further investments are planned accordingly. We hope to achieve complete localisation and target turnover of INR 10 billion in the next five years. We are targeting annual turnover of INR 2 billion by December this year.

What drives Yizumi HPM to invest in India?

Mr. Vardhan: The Indian market has emerged as the largest and the fastest growing overseas market for Yizumi HPM in terms of growth in annual revenue. In 2021, despite the severe pandemic situation in India, the sales of Yizumi HPM injection moulding machines continued to grow rapidly. Yizumi registers sales of about RMB 1 billion annually and India sales is about 3-4% only but our plan is to upscale the India revenue to 20% annually, about INR 10 billion crore in next five year period.

Moreover, India's plastics consumption has been growing at 16% every year, well above China's 10% and the UK's 2.5%, making it one of the fastest-growing countries in the plastics industry. When confronted with this huge opportunity in the plastics market, an earlier deployment will help in seizing more opportunities, therefore, investing in a production base is the next strategic business move for the management.

The Sanand site has been implemented with the entire system of Yizumi HPM headquarters including quality control and product delivery management to ensure quality and rapid delivery of injection moulding machines made-in-India.

What kind of market potential Yizumi foresees in the India market?

Mr. Vardhan: Chinese partners believe that India is exactly what China used to be about a decade ago with evolving market dynamics attracting the Chinese partners to invest here. Currently, there is market for 6,000 - 7,000 injection moulding machines in India annually, but trends indicate that there is a potential to grow by three times in the next ten years, thus the decision to build a production base here. They understand that they cannot operate any further with an agent or at agency level presence to sell machines so they invested in a production base in India to cater to the local market and along with robust service and sales network.

The installed capacity is to produce 2,000 injection moulding machines annually. Initially, we could make around 80-100 machines each month. We will scale-up the production to 1,000 machines annually over the year and would likely to operate the plant to the optimum capacity in a phased manner as demand grows. 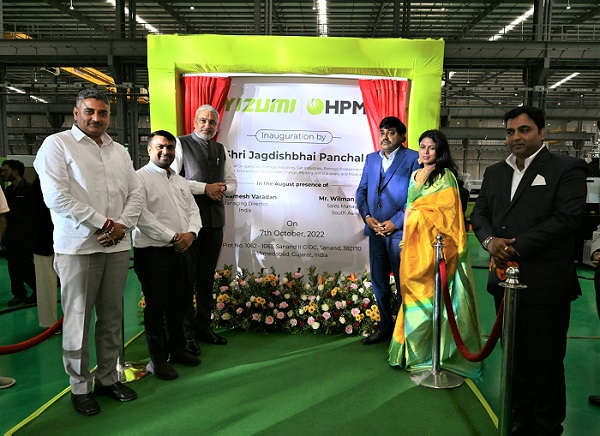 Opening ceremony of the new Yizumi plant in India

Is there any plan to cater international market from this plant?

Mr. Vardhan: Currently, the focus is on the India market as the demand in the domestic market is high. We have also exported some samples to the US market for approval and now awaiting their results. But in the future, we are keen on exporting to the markets of Far-East, Africa and neighbouring Asian countries besides the Middle East. We have also received few positive queries from the African market.

At this moment, there is no timeframe set to enter the export market due to surging commitments in the domestic market. But our plan is to export 20% of the production.

Currently, we are busy in clearing the backlog in the Indian market as we have to deliver 250 machines in the next quarter.  Once we clear the backlog, we will certainly start exploring the export market. Our other target is to have a ready stock of 100 machines at all time to meet any order on short notice.

What kind of new technology machines lined-up for introduction in the Indian market?

Mr. Vardhan: Yizumi is one of its own kind of company where Americans, Germans and Chinese work together, as our technical centre operates in the US, R&D technical centres in Germany, innovating new technology in the machinery range. We introduced many first in the Indian market and launched fifth-generation servo model recently with lowest energy consumption like 0.3 unit per kilowatt, which is very low compared with competing range. Soon we will introduce all-electric machines in the new plant, a new D1 series of two-platen machines with clamping force ranging from 500T to 3400T that saves lot of space and low in energy consumption. There is absolutely no competition from any Indian firm in that aspect. We have just launched multi-colour injection moulding machine to make rear lamp, and toothbrushes in different colours.

Which segment dominates the Yizumi sales in India?

Mr. Vardhan: This plant focuses on assembling/manufacturing machines with clamping force ranging from 60 to 2,400 tonnes as most of market potential lies in these ranges only, beyond that the scope is very limited, although Yizumi manufactures machines with highest clamping force of 8,500 tonnes, regarded as the biggest in the world. Majority of our customer base is in the automotive industry besides home appliances like refrigeration, television and medical sector.