The SternEnzym GmbH & Co. KG has expanded its Sternzym LQ series to optimize the process and product quality in the production of wafers.The German enzyme designers also offer their customers an innovative, new service: In a pilot plant the processability of the batter of individual products can be pretested on a quasi-industrial pilot scale. This will enable wafer manufacturers to significantly in-crease process efficiency for high-quality products, and to cut development costs.

The enzyme compounds of the Sternzym LQ series for wafers optimises both the production process and the quality of the end product. The further developed solutions Sternzym LQ 15080 and Sternzym LQ 8020 are characterized by improved activity. As a result, they achieve a higher effect at a comparatively low dosage, so that costs can be reduced. The enzyme compounds lower the viscosity of the wafer batter thereby preventing blocking of sieves and pipes. Reduced viscosity also means that less water has to be added to the recipe, which in turn saves energy for its evaporation. 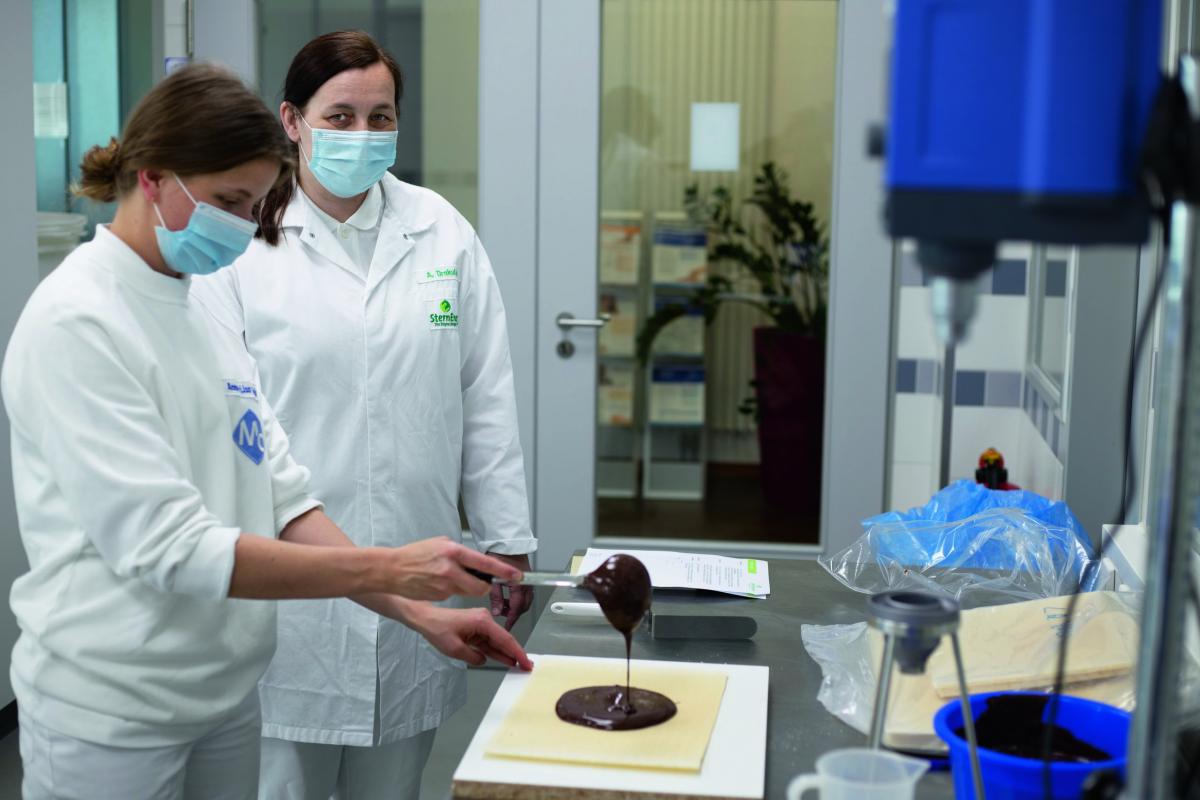 The use of Sternzym LQ guarantees consistent product quality, even with different flour qualities. Surface appearance is enhanced and browning is even. In addition, the use of Sternzym LQ enzymes allow more precise adjustment of wafer density and texture leading to higher mechanical stability of the wafers.

As manufacturers of wafer products are often forced to use different flour qualities, the right composition of additives is becoming more and more important. To ensure uninterrupted production, manufac-turers can now test their individual requirements at SternEnzym on a wafer plant prior to actual production. This new pilot plant has irons and batter nozzles with exactly the same dimensions as an industrial wafer machine. Heat distribution and retention capacity are likewise identical to industrial machines. This pilot automat can test the impact of batter viscosity on flow behaviour and distribution on the irons. Fur-thermore, the distribution of raw materials in the batter, browning be-haviour or the acrylamide content of the wafers can be adjusted. Thanks to small-scale tests the consumption of raw materials and en-ergy, and baking waste during production can be markedly reduced.